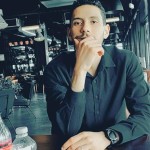 The number one sign of these end times is lying. Jesus warned in Matthew 24, “take heed that no man deceive you.” Paul also talks about the last days says, “evil men and seducers (deceivers) shall wax worse and worse, deceiving and being deceived.” (2 Timothy 3:13) The Bible says in 2 Timothy 3, in the last days there would be more evil “false accusers.” So it’s more important than ever to do as the Bible in 1 Thessalonians says, “Test (prove) all things; hold fast that which is good.”

The Epoch Times says, “ninety percent of news outlets in the United States are controlled by just six corporations. They aren’t out to tell you the truth about what’s happening. They paint a picture of the world they want you to see.”

These globalist corporations while calling Republicans’ conspiracy theories dangerous, pushed the conspiracy theories that caused war and the loss of thousands of lives in the Middle East. These globalists want war and wrongly said Saddam Hussein had weapons of mass destruction and wrongly called terrorist jihadists “freedom fighters” in Libya and Syria. The globalist media is now blaming Christians for the attack on the U.S. Capitol because a lot of Q Anon members were arrested. Pastor Geoffrey Grider said Q Anon isn’t a Christian organization.

They wrongly teach it’s a man and not Jesus at the Second Coming who will bring in a thousand years of peace and a righteous government. Pastor Grider said Q Anon has been 100 percent wrong 100 percent of the time. Just like the accuracy rate of Jehovah’s Witnesses which is to say 100 percent wrong, 100 percent of the time. QAnon is really against Trump and is run by globalists as a Psyop and it worked like a charm to play Trump supporters and make them look like fools. Now preachers are lying. America has to be judged and go down for the seven-year tribulation to begin.

One good thing about Trump losing is that we now have clear proof that Paula White, Trump’s top Christian advisor, and all other YouTube prophets were frauds, liars, and charlatans. Justin Peters said none of the biggest names in the prophetic movement prophesied any of the biggest and most consequential events in all of our lifetime, they were all wrong. Peters said none predicted COVID-19, race riots or Trump’s impeachment. Stephen Strang, founder, and CEO of Charisma magazine said every YouTube prophet wrongly said Trump would win the election in 2020. These lying false prophets include Paula White, Hank Hunneman, Tracy Cooke, Jeremiah Johnson, Kynan Bridges, Kat Kerr, Mark Taylor, Dutch Sheets, Kenneth Copeland, Pat Robertson, etc.

We know God didn’t talk to them. If God didn’t talk to them who did? They could be listening to demons. Don’t waste another minute listening to these YouTube liars. The Bible says read and study your Bible and attend church and listen to your pastor. None of these so-called prophets said judgment is coming to America for the abortion of over 62 million unborn babies. Psalm 37 says, “The month of the righteous speak wisdom and his tongue talks of judgment.” The Bible says, “The wicked shall be turned into hell and all nations that forget God (Jesus).” Pastor Grider said, “America is a place where we live, but our home is not here, it is in Heaven with Jesus. So act like it, live like it. It is time to let the dream of America go the way of all nations that forget God. Don’t waste a single second trying to resurrect what God has torn down.” In the final sea journey of Paul in Acts 27 we see Paul on a sinking ship just like those in America is on a sinking ship.

Paul said the ship can’t be saved but he told all on board how they could be saved. Paul teaches us we should witness Jesus to everyone. To be saved admit you are a sinner and need Jesus. Believe Jesus died for your sins and rose again and is your only way to get forgiveness and heaven. Call on, or pray for the Lord Jesus to save you. We don’t know if America will go down in 3 days or 3 years but our days are numbered. We are thankful America had a great run. The saddest and scariest words aren’t, America is finished and fallen. The saddest and scariest words in history are from Jesus, “ never knew you, depart from me!”

In these end days, there are more lies and false accusers than ever before. Don’t trust your feelings or the media. We are thankful for a local newspaper — the Elizabethton Star — that allows free speech. There’s only one place to find the truth and nothing but the truth and that’s the Bible. Call 1-888-need-him. There’s only one kind of news that’s completely believable and always true and it’s the good news of Jesus. Jesus is true news!

What happened to Kirk Franklin Son

Do you Need a Job?EU Visa Entry Program is Finally Open

Don’t miss the chance to participate in the "EU Visa Entry Program" to live and work in Europe Permanently!